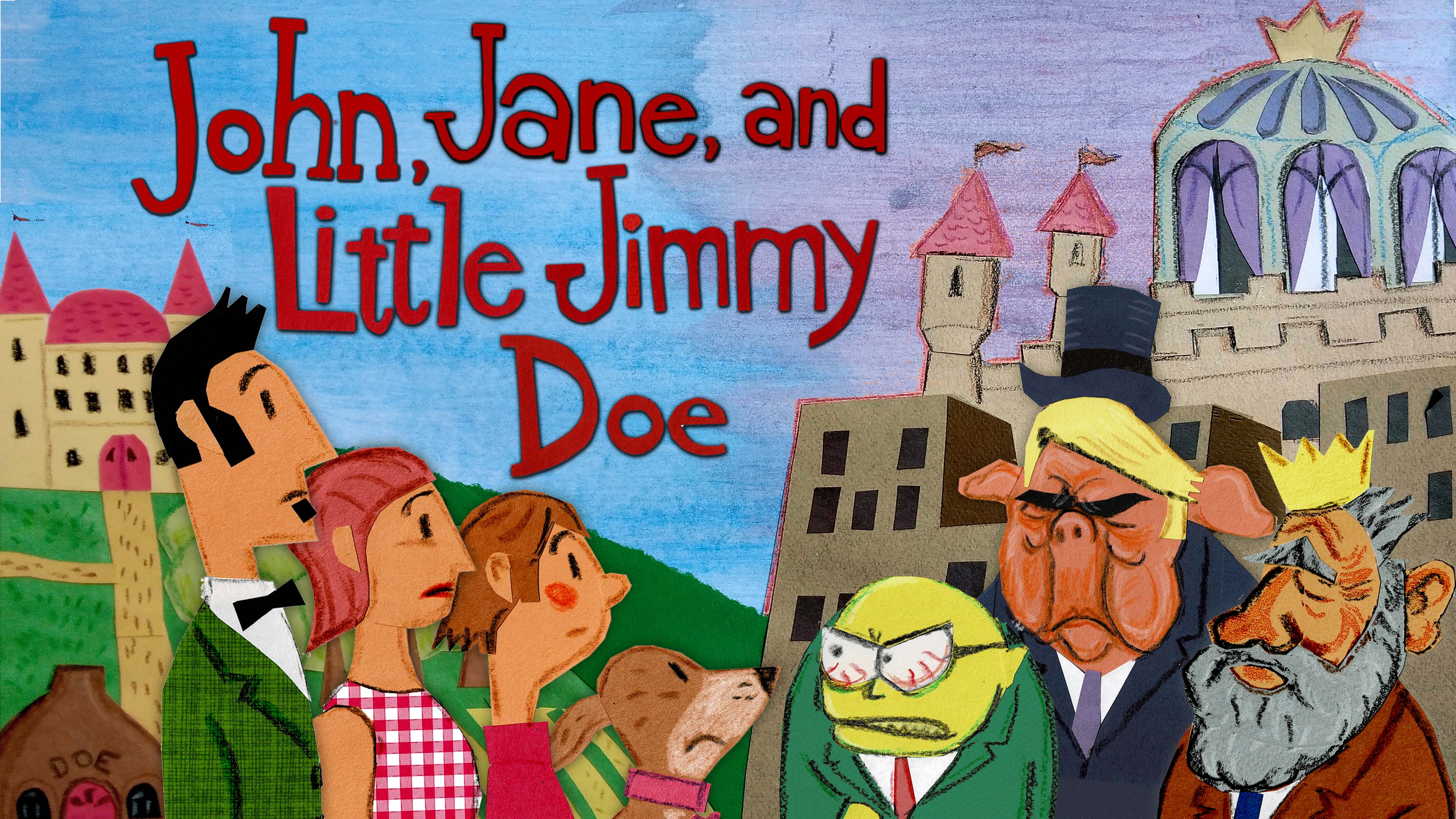 We at Kaleidoscope World Productions have been hard at work to debut Episode 1 of our animated adventure, JOHN, JANE AND LITTLE JIMMY DOE.

Written about ten years ago, JOHN, JANE AND LITTLE JIMMY DOE is a magical journey through strange places and faraway lands, as John Doe goes on a quest to find out why the small village he and his family called home was mercilessly razed to the ground by the evil developer Mr. Pig.

On his quest John meets a talking lion, a beguiling belly dancer, Paulie the Firefly, and many more odd characters, until he takes a ride on a very strange old fashioned train to a place called the Grey Zone. There he will meet lonely King Grey and…I won’t spoil the ending, but rest assured it’s a happy one! JOHN, JANE AND LITTLE JIMMY DOE is chock full of laughs, thrills, and wonder and features a lush original soundtrack. We can’t wait to share it with you!